A study which was published in the journal Nature found that by studying M.R.I. data from about 50,000 people searching for clues between brain structure and complex psychological traits in groups with different numbers of subjects, thousands of patients must be included for the study to be reliably replicated.  This threw cold water on a number of recent studies done looking for clues in M.R.I.s to solve how diseases develop, looking at anything from autism to Alzheimer’s disease, because they typically only focused on a handful of M.R.I.s.  Researchers from The School of Medicine at Washington University, St. Louis and colleagues located elsewhere noted that researchers across the globe are increasingly using magnetic resonance imaging, or M.R.I., to try and find links between what is seen on an M.R.I. like cortical thickness or patterns of connection, and complicated psychological traits such as cognitive ability or mental-health conditions.  These brain-association studies are looking to unlock clues to what causes mental health and dementia.  The researchers concluded that studies done to date have been too small (many just had a few dozen participants) and suggested that there needed to be at least 1,000 participants for the studies to be considered valid.  This is problematic because M.R.I. machines typically cost about $1,000 per hour to operate.  Journals historically have preferred surprising correlations to findings of no correlation, a phenomenon known as publication bias.  “The paradoxical effect is that the answer that’s the most wrong gets published if you use a small sample,” said Nico Dosenback, an associate professor of neurology at Washington University, as well as an author of the Nature study. 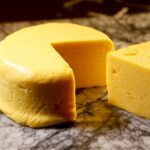 Devices To Monitor Your Vitals Are Getting Better, And Cheaper Over Time 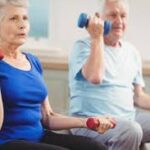