I’ve written many times on my blog about the myriad elder abusers preying on seniors on the Monterey Peninsula.  John Osborne had the honor of being on the cover of Monterey County Weekly, exposed for being arrested on more than two dozen felony counts for fraud and other financial schemes.  In one case, over a period of roughly 15 years he defrauded Claude Wilson, an elderly U.S. Army veteran, out of his life savings of nearly $1 million.  Now 84, Wilson’s neighbor, George Gerena who has dementia and will need 24-hour care for the rest of his life, was talked into giving power of attorney to Osborne.  Shortly thereafter, Gerena’s house went into foreclosure and was sold to a distressed asset company, who then sold the house back to a company which was in the name of Osborne and Wilson.   Elder Abuse is so prevalent on the Monterey Peninsula that the Public Guardian and Adult Protective Services have a task force to fight fraud.  The U.S. Department of Justice set up a hotline to report elder abuse and can be reached at 1-833-372-8311.  You can also call our local Adult Protective Services office at 1-800-510-2020. 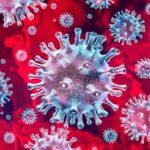 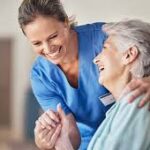 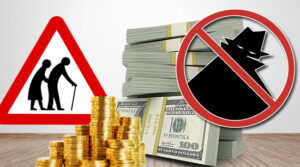