Pebble Beach, CA Early Alzheimer’s Disease Is More Common Than One Might Think

A new report from The Alzheimer’s Association found that 12-18% of adults 60 and older have “mild cognitive impairment” while more than 1 in 10 older adults have early stage memory or cognitive problems.  Many doctors and patients “think that it might be normal aging, and that’s something that needs to be addressed,” Maria Carillo, chief science officer of the Alzheimer’s Association, told USA Today.   “They can be diagnosed, and a delay of a diagnosis can be harmful,” she said.  Sadly, a survey of 801 primary care doctors found that 72% had difficulty differentiating normal aging from cognitive impairment.  And 60% of doctors were unfamiliar with using tests such as spinal taps or brain scans that measure disease markers such as amyloid or tau. 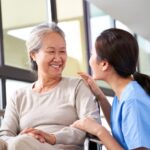 Traveling With A Disability Can Be Stressful : Try These Apps 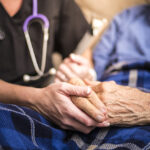