New Hope For Those With Alzheimer’s Disease

The U.S. Food and Drug Administration (FDA) is set to rule soon on whether a promising drug by Biogen called aducanumab can be prescribed from those suffering from Alzheimer’s disease.  Although it has already been recommended by an FDA advisory panel of medical experts that the drug not be approved as two clinical trials had completely different results, Bloomberg Businessweek interviewed a man, Jeffrey Borghoff age 57, who was diagnosed with early-stage Alzheimer’s disease at 51.  He gave cudos to the drug, which he has been taking for years as part of an experimental drug trial.  :We’re fighting like hell to get this drug approved,” Borghoff told a reporter.  “Every day they are making progress in cancer and diabetes and other diseases.  We need something for Alzheimer’s disease,” he said.  Fingers crossed that the FDA approves the drug—they have until June 7 to make a decision. 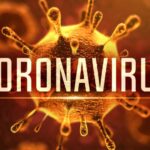 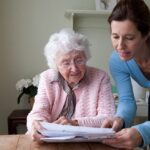