Biogen’s Aduhelm Not Accessible To Most Alzheimer’s Victims

There was much excitement when Biogen’s Aduhelm was approved by the FDA for use on Alzheimer’s patients in June.  Although there was controversy in the medical community regarding whether or not it was effective, it gave hope for many suffering from a disease which hasn’t seen a promising new drug in nearly 20 years.  The problem is, the cost of the drug is so high at $56K/year few people have access to it.  Medicare recipients won’t find out until next year if they are going to cover the drug and, if so, for whom.  Stephen Salloway, director of Butler Hospital’s Memory and Aging Program, one of the few places serving up the drug, says that by next week it will have treated ten patients with the drug, with more than 100 others on a waiting list.  Those few are paying cash.  “That’s not the way I want to go about this, that only people with means can access the drug,” said Dr. Salloway.  “That’s not what the FDA intended.  It isn’t equitable.”  I agree, however, with the Medicare fund quickly running out of money without even covering drugs like this, a solution needs to come from Congress at the behest of President Biden. 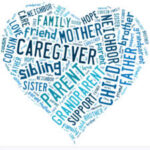 Long Term Care Insurance Or LTC To Be Funded By The Government? 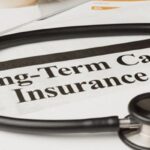